Since this thread is anything social, political or economic, I thought i could post this interesting documentary here on the topic of Economic Globalization. Caveat, it is rather long, 1:55 min but I thought it was well done.
[video=youtube;Fb5O00tIKZ4]https://www.youtube.com/watch?v=Fb5O00tIKZ4[/video]

Both in U.S. and singapore new studies/procedure using the patch aims at turning white fat cells into brown ones( burnable).

The new type of skin patch contains hundreds of micro-needles, each thinner than a human hair, which are loaded with the drug Beta-3 adrenergic receptor agonist or another drug called thyroid hormone T3 triiodothyronine.

When the patch is pressed into the skin for about two minutes, these micro-needles become embedded in the skin and detach from the patch, which can then be removed.

As the needles degrade, the drug molecules then slowly diffuse to the energy-storing white fat underneath the skin layer, turning them into energy-burning brown fats.

this is not aright thread for this . this is general forum and it's there for entertaining

Thx going by the 'political' label on the thread. As a new user my privilage to post in a more proper place is limited, have brought it to ZA attention couple days ago as well.

A8K said:
Thx going by the 'political' label on the thread. As a new user my privilage to post in a more proper place is limited, have brought it to ZA attention couple days ago as well.

FIle this under social.. bright girl at 3:30

make sure you catch singer's face

Yet another angle.. a lot of info here. Had to look up the ppl mentioned. min 20 and on about Vali Nasr and his Father (Hossein Nasr) and their role in changes in Iran. (taking Iran back to sonat/ traditoin) Also this is first time I hear about Trita parsis education (under Vali Nasr Dean of school at John Hopkins Uni). Nice content, where is Manook these days?

heavy hitters mentioned;
https://en.wikipedia.org/wiki/Vali_Nasr (also on board of trustees of rockfeller brothers foundation at the time) Toward the end of video there's mention of Shah's friendship with Rockefeller and how he backstabbed Shah.

HIs father Hossein Nasr also learned Islamic philosophy from the philosophers Allameh Tabatabaei, Sayyid Abul-Hasan Qazwini and Sayyid Muhammad Kazim Assar during that period leading up to the revolution. Manook mentions how his dad fit Iran go back to tradition (islam)

HOssein Nasr was appointed personal secretary to Farah Pahlavi Empress of Iran as Head of the Empress's Private Bureau.[12] In 1974 she commissioned him to establish and lead the Imperial Iranian Academy of Philosophy,[12] the first academic institution to be conducted in accordance with the intellectual principles of the Traditionalist School. During that time, Nasr, Tabatabaei, William Chittick, Kenneth Morgan, Sachiko Murata, Toshihiko Izutsu, and Henry Corbin held various philosophical discourses. The book Shi'a Islam was one product of this period. .

In 2006, there appeared a book entitled The Shia Revival: How Conflicts within Islam Will Shape the Future. It was the work of Prof. Vali Nasr, now head of the School of Advanced International Studies at Johns Hopkins University. It was a remarkably fine piece of historical analysis. Nasr concluded his book with this statement: "It is not possible to tell how the sectarian struggle in Iraq will turn out, or when and where the next battle between Shias and Sunnis will be joined, or how many sectarian battles the Middle East must endure and for how long. What is clear is that the future for the Middle East will not be brighter than the past so long as the shadow of sectarian conflict hangs over it. This is the conflict that will shape the future."

In the 10 years since the publication of his book, Nasr has proved to be a very shrewd forecaster. Relations between Saudi Arabia and Iran have reached new levels of hostility. Sunnis and Shias now vie for supremacy in Iraq, Syria, Lebanon and Yemen. And violent encounters between Sunnis and Shias are almost weekly occurrences in Pakistan and elsewhere. When and where does it all end? Or are Sunnis and Shias destined to be enemies forever?

His wife , Darya Nasr a techie CEO. These ppl guided Iran to the stone ages yet not even dressing up very traditional.. Mind you husband is described by The Economist as "a leading world authority on Shia Islam" and father-in-law studied under Allameh Tabatabaei, Sayyid Abul-Hasan Qazwini and Sayyid Muhammad Kazim Assar. FML! 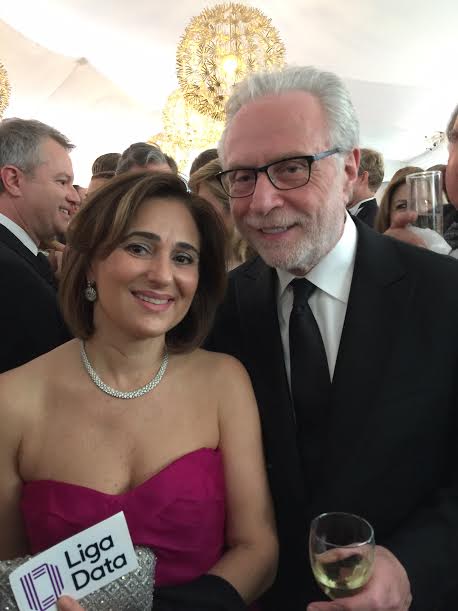 Older vid but listen from min 3 for a couple of min (From planning MOssadeq's removal to suitability of shite government recommended by Nancy Lipton)
https://www.youtube.com/watch?v=TXoqEY80vMU

(am tucking this under political here, hope it's the right spot though not much of entertainment )
Last edited: Jan 18, 2018

This is a great video indeed

A lot to contemplate here, she also ran a marathon among other things since the talk.

LOL dovist I have been wrong with my divist all my life.