I can't believe this actually happened. Happy new year to all! 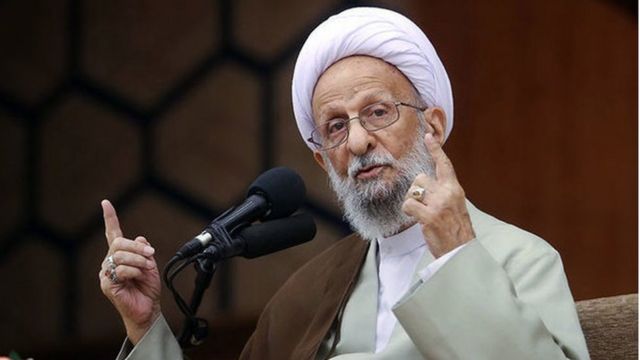 Rot in hell. He was one of the original instigators of vellayat faghih and Shia Supremacy that has done immeasurable damage to Iran.
Likes: rahim

Never gets old
Likes: Pooya, Bache Tehroon, siavash_8 and 3 others

Behrooz_C said:
Rot in hell. He was one of the original instigators of vellayat faghih and Shia Supremacy that has done immeasurable damage to Iran.
Click to expand...
Actually I give him credit for that. He showed us the true meaning of Islamic government and not like khatami trying to picture a kind humane version of it.
Likes: Behrooz_C

My favourite bit of his was when he said those who say janam fadaye Iran are like animals.
Likes: Payandeh Iran
R

Pooya said:
Honestly dude, this might sound cruel, but I call this nature ... it has been happening for millions of years, evolution by natural selection, the morons attending these maybe its part of nature way of getting rid of them?
Click to expand...
Homosapiens have been exempt from natural selection for well over 150 years.

Bache Tehroon said:
Homosapiens have been exempt from natural selection for well over 150 years.
Click to expand...
Not true unless we know the cure to everything nature throws at us.

Mesbah’s death will not impact the spread of his ideology and the mission bestowed to him by khamenei.
In the last two or three decades, they have trained enough cadre to secure different institutions and organs of power for the next few generations.
In a smaller and less supported scale, some otheR factions , except the so called sepah Tal abs,are also investing in training ( brain washing) cadres, most notably Ahmadi Nejad/ mashaii ( Mahdaviat ) And also the super/ extreme nationalists Of Iran Shahr headed by Tabatabaii and supported by jaded adel.
Likes: Bache Tehroon
You must log in or register to reply here.
Share: Facebook Twitter Google+ Reddit Pinterest Tumblr WhatsApp Email Link