جاکشا اینو از اول گفته بودن تا حالا ریشه کرونا کنده شده بود
Click to expand...
The American researchers are completely and utterly wrong, based on previous post and intense research in city of Qom, your sexuality completely changes. If you are straight, you become super gay. If you are gay, you become super straight. The researcher still have not found the effect of the virus on bisexuals but most likely they will have no sexual desires and the ones without sexual desires become bisexual. This virus is going to be used for sex therapy in near future.

i agree with him.
the u.s. and the u.k. have performed dismally in the face
of the covid pandemic.i don't know why with all the
resources and wealth at their disposal.
most less developed countries with vastly lower resources
and capacity managed the pandemic better.

Dr. Fauci Says U.S. Has Done 'Worse Than Most' as COVID Deaths Approach Half a Million

Anthony Fauci, the nation's leading infectious diseases expert, said the U.S. has done "worse than most" other countries on Monday as the nation approaches half a million COVID-19 deaths.

"I believe that if you look back historically, we've done worse than most any other country," Fauci said during a Monday appearance on ABC News' Good Morning America. "And we're a highly developed, rich country."

The U.S. has reported nearly half a million deaths due to COVID-19 since the beginning of the pandemic almost a year ago in March.

Both countries have had ridiculous game show characters leading their country during this pandemic. One of them presented a show (Trump/The Apprentice), the other was made famous by a show (Johnson/Have I Got News For You)

Both of them are manifestations of current populist movements which value nationalism over education and expertise (eg graph of Brexit voters vs education levels). Brazil is the same. Worst time for these countries to be dealing with a pandemic, when they have some of the most stupid and incompetent people in positions of power - especially UK and are just whoring themselves out to thick flag-shaggers/rednecks.

Six weeks into a pandemic, Johnson was boasting about shaking hands with everyone.... How can public health doctors and scientists do anything quickly with populist clowns running things.

At least they can come out of this mess. Iran on the other hand has had jokers in charge for so long that competence is a distant memory.
Last edited: Feb 24, 2021
Likes: rahim

Man it was this time last year that Britain's PM Boris Johnson boasted about shaking everyone by the hands in a hospital, weeks after it was crystal clear how bad this thing was.

On the same day his scientific advisory group were saying the exact opposite to him...

You couldn't make it up, it feels like something that could happen in Iran but not in a Western country.

“I’m shaking hands continuously. I was at a hospital the other night where I think there were actually a few coronavirus patients and I shook hands with everybody, you’ll be pleased to know. I continue to shake hands.” Boris Johnson, 3rd March 2020​
“There was agreement that the government should advise against greetings such as shaking hands and hugging, given existing evidence about the importance of hand hygiene. A public message against shaking hands has additional value as a signal about the importance of hand hygiene” SAGE, 3rd March 2020 - 5 hours earlier​
P 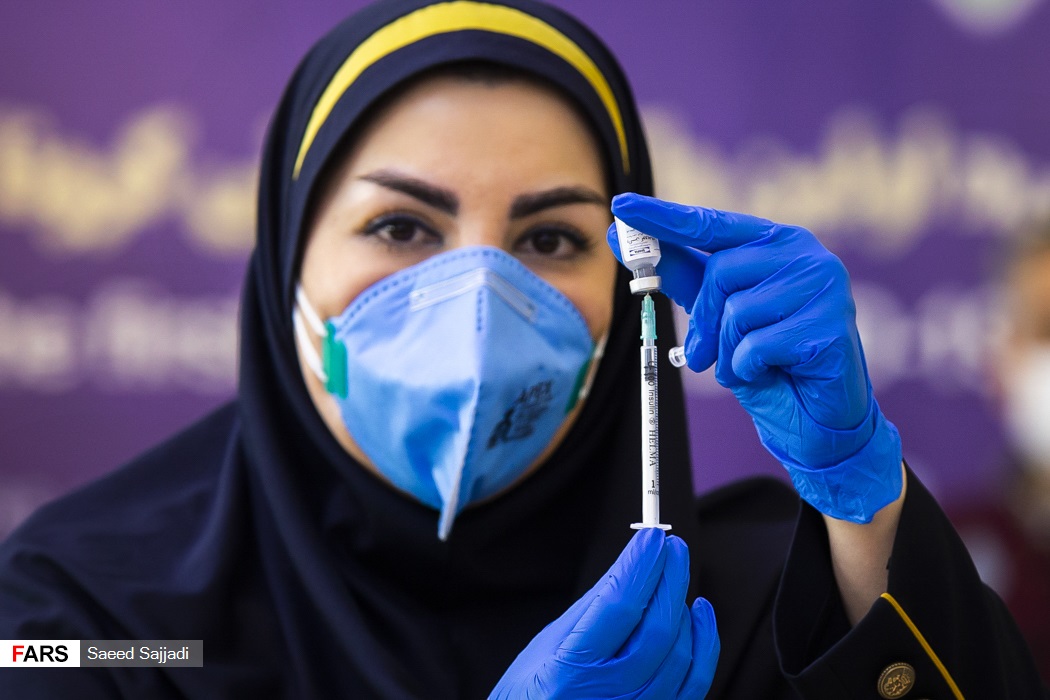 got the moderna jab at pierce college today.
had to get a doctor's note to get it

Playboy said:
got the moderna jab at pierce college today.
had to get a doctor's note to get it
Click to expand...
Why? your leader said American jabs are HARAAM! you should have waited for BAREKAT !
Likes: Behrooz_C
P

the girl doing my jab wasn't as jeegar as the one above.
but hey i live here so i gotta go with the flow

AstraZeneca vaccine: 79% effective and no rare blood clots in US trial
The trial results seem positive, but the vaccine may continue to raise doubts.

Exceeding expectations, AstraZeneca’s two-dose COVID-19 vaccine appeared highly effective against symptomatic and severe disease in a new late-stage trial conducted partly in the US. The company said it is now seeking emergency use authorization from the Food and Drug Administration. However, the vaccine may still be dogged by doubts.
The Phase III trial conducted in the US, Peru, and Chile found that the vaccine was 79 percent effective at preventing symptomatic disease, the company reported early Monday. Previous trial results suggest efficacy could be as low as 62 percent.
In the new 32,449-person trial, two-thirds of participants were dosed with the vaccine while the remaining third were given a placebo. There were five cases of severe disease in the trial, all in the placebo group. None of the vaccinated participants required hospitalization.
Notably, the company also found no increased risk of blood clotting events or cases of a rare, life-threatening blood clotting event, called CVST, among those vaccinated.

LOOOOOL
I really wonder, does anyone take these guys seriously?

Does anyone here have family in Iran taking part in the Cuban vaccine trials? Apparently it is happening in select towns in the country (this is the Soberana 2 by the way: https://blogs.lse.ac.uk/latamcaribb...ry-on-soberana-01-02-plus-abdala-and-mambisa/ )


I know people who are waiting for the Russian one, but I think at this stage any vaccine is better than nothing, when everyone seems to have a friend or family member who is very sick or has just died at the moment....
Likes: TeamMeli