Playboy said:
the incident happened over iranian airspace so it is an iranian internal affair.
it did not involve canada at all,it was a ukranian airline.
if canada is so concerned about it's 'citizens' they need to bring american military
to justice for killing their military folks in afghanistan first:

https://en.wikipedia.org/wiki/Tarnak_Farm_incident
Click to expand...
Go google and work very hard to find problems with great system that is in place.
It involves Canada because those individuals are considered Canadian Citizen, like it or not.
No it is not internal affair because it involves a non-Iranian plane.
If you abide by international aviation law, then you have to follow the rules, if you don't, declare it to the world and no non-Iranian plane will come to Iran and no Iranian plane can go to any other country space either. so simple !!
Likes: Payandeh Iran
P

i really can not find a reason why canada insist on being a separate entity.
it's basically a knock off version of the u.s. with no identity of it's own.
why not just become part of the usa and stop the charade?

Playboy said:
i really can not find a reason why canada insist on being a separate entity.
it's basically a knock off version of the u.s. with no identity of it's own.
why not just become part of the usa and stop the charade?
Click to expand...
Of course you can't because unfortunately your brain cells not working properly. Once you start make them work, then your problems will be resolved. Whether Canada is part of USA or not is irrelevant to shutting down a passenger plane and hiding the facts, and you support that. Because not even once, you came and say I am sorry for those people, whoever they are from and whatever they do. Just saying it was a mistake, that doesn't cut it. Actions have consequences in life.
P

on that note i go back to my earlier remark:

canada will get a big deep yawn from iran on this issue.

iran is playing by the rules of international aviation in regards to the
ukraine airline incident,nothing more and nothing less.

Glad we have a farsnews reporter here. I don't see in that article indicating it is Iran's right. It is your idea not the law LOL
P

Two Iranians have died in hospital after testing positive for the new coronavirus in the holy Shi’ite city of Qom, the head of the city’s University of Medical Sciences told Mehr news agency on Wednesday.
“Two Iranians, who tested positive earlier today for new coronavirus, died of respiratory illness,” the official told Mehr.

Iran’s health ministry spokesman Kianush Jahanpur confirmed their death on Twitter.
Iran confirmed earlier on Wednesday its first two cases of the virus, government spokesman Ali Rabiei said, shortly after reports that preliminary tests on the two had come back positive.
The health ministry said earlier that the patients had been put in isolation.
Rabiei did not give the nationality of the two people infected, but some reports suggested that they were Iranian nationals.
The death toll from the new coronavirus in mainland China passed 2,000 on Wednesday although the number of new cases fell for a second straight day, as authorities tightened already severe containment measures in the worst-hit city of Wuhan.
P

A killing spree in the German city of Hanau has left 11 people dead, including the suspected shooter, who was identified by authorities as a far-right extremist. Germany’s federal prosecution service took charge of the investigation on Thursday, underlining the gravity of the case and the suspected terrorist nature of the crimes. The victims have yet to be named, but German authorities confirmed that nine of the dead were from immigrant communities. German media reported that the likely killer was Tobias R, a 43-year-old German who left a letter claiming responsibility for the attacks. On his personal website the suspect had earlier published several documents and a video that made plain his racist ideology and murderous fantasies.

In a 24-page manifesto seen by the Financial Times the suspect calls for the elimination of entire countries and populations, including Morocco, Egypt, Israel, Turkey, Iran, India, Pakistan, Vietnam and the Philippines. “This would only be the rough cleansing. It would be followed by the fine cleansing,” the document states. “I would eliminate all these people, even if we are speaking about billions of people. It has to be done.” 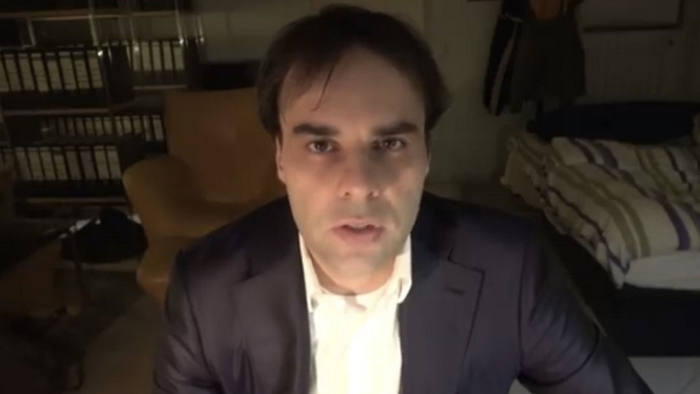 fatf put's Iran on the blacklist again on the day of elections.
the effects will be minimal for Iran since it has no dealing with 'western' banks anyway and the fatf is letting the ones that deal with Iran to continue doing so on based on their own decision.
so essentially it's a symbolic move.

PARIS (Reuters) - The global dirty money watchdog placed Iran on its blacklist on Friday after it failed to comply with international anti-terrorism financing norms, a move that will deepen the country’s isolation from financial markets.
The decision came after more than three years of warnings from the Paris-based Financial Action Taskforce (FATF) urging the Islamic Republic to either enact terrorist financing conventions or see its reprieve from the blacklist lifted and some counter-measures imposed.
“Given Iran’s failure to enact the Palermo and Terrorist Financing Conventions in line with the FATF Standards, the FATF fully lifts the suspension of counter-measures and calls on its members and urges all jurisdictions to apply effective counter-measures,” the group’s 39 members said in a statement after a week-long plenary session.

These would entail more scrutiny of transactions with Iran, tougher external auditing of financing firms operating in the country and extra pressure on the few foreign banks and businesses still dealing with Iran.

“The consequence of (Iran’s) inaction is higher costs of borrowing and isolation from the financial system,” a Western diplomat told Reuters.
Iran’s central bank chief dismissed FATF’s decision. “(It) is politically motivated and not a technical decision,” the state news agency IRNA quoted Abdolnasser Hemmati as saying. “I can assure our nation that it will have no impact on Iran’s foreign trade and the stability of our exchange rate.”

The FATF appeared to leave the door open for some engagement with Iran saying in its statement: “Countries should also be able to apply countermeasures independently of any call by the FATF to do so.”

“It’s a middle solution. A sort of a fudge to leave the door open for the Iranians,” said one of the diplomats.

I wonder what the I.R.I Sandis-khor 'Playboy' got to say about the Majles Entekhaabat Circus LooL

Hooshmand said:
I wonder what the I.R.I Sandis-khor 'Playboy' got to say about the Majles Entekhaabat Circus LooL
Click to expand...
That Iran is the most Democratic country in the world and 90 percent were involved in the election. Something like that.
P

this is how the apartheiders deal with coronavirus.
hotel arrest for koreans.
at least they did not force them to wear yellow stars,yet!

The Israel Airports Authority said alternative travel arrangements will be made for some 150 Korean citizens expecting to fly on the return flight to Seoul on Saturday evening, scheduled to take off at 10 p.m.

An additional 1,000 tourists from South Korea currently traveling in Israel have been instructed to avoid public places, and instead remain in isolation in their hotels.

Iran-Esteghlal-Inter said:
That Iran is the most Democratic country in the world and 90 percent were involved in the election. Something like that.
Click to expand...
lool

It feels all the problems and the pains are happening in parallel worst than anything that I remember. Any good news happening in Iran nowadays ?
Even Playboy can't find anything positive to post from either farsnews or mehrnews archive !!!

Playboy said:
this is how the apartheiders deal with coronavirus.
hotel arrest for koreans.
at least they did not force them to wear yellow stars,yet!

The Israel Airports Authority said alternative travel arrangements will be made for some 150 Korean citizens expecting to fly on the return flight to Seoul on Saturday evening, scheduled to take off at 10 p.m.

An additional 1,000 tourists from South Korea currently traveling in Israel have been instructed to avoid public places, and instead remain in isolation in their hotels.

https://www.jpost.com/Israel-News/S...entry-to-Israel-over-coronavirus-fears-618419
Click to expand...
I would treat them to visit Meccah for free on the way back to Korea. HAPPY?!
P

and they always whine even when one of their own
is making something about a fictional event.

Several Jewish groups have criticised Amazon for fictitious depictions of the Holocaust in its new series Hunters.

The online retail giant has also been denounced for allowing the sale of anti-Semitic propaganda books.

David Weil, the producer of Hunters, has defended the series and Amazon said it was "listening to feedback" about controversial book sales.

The show, starring Al Pacino, has been accused of bad taste and "Jewsploitation" for its depiction of fictional atrocities during the Holocaust. Around six million Jews were killed across Nazi-occupied Europe during the period from 1941-45.

In one scene, inmates of Auschwitz concentration camp are forced to kill each other while being used in a game of human chess.

Mr Weil, whose grandmother was a Holocaust survivor, said while Hunters was "inspired by true events", it was not a documentary series and never purported to be.

He said he decided to fictionalise events in the series because he did not want to misrepresent the suffering of real people.

"After all, it is true that Nazis perpetrated widespread and extreme acts of sadism and torture - and even incidents of cruel 'games' - against their victims. I simply did not want to depict those specific, real acts of trauma," Mr Weil said.

"If the larger philosophical question is, can we ever tell stories about the Holocaust that are not documentary? I believe we can and should."