Iran-Esteghlal-Inter said:
Where did Bolton say that ?
What part of the book ?
Omid Dana said that lol
Sandi's khor refers another Sandi's khor
Click to expand...
Forget it man. He posts a video from the well-known bacheh kooniye nezaam eslaami as evidence

General do you agree with Omid Dana that Khamenei is the new Dariush e kabir? 🤣🤣
Last edited: Jun 25, 2020
P

General do you agree with Omid Dana that Khamenei is the new Dariush e kabir? 🤣🤣
Click to expand...
You have to see the comments on Omid Dana videos
it is so obvious that same people go and admire him every single day. The guy looks like a clown himself

Playboy said:
help johnny mustache and buy his book and read all about
trump's playing him and fat mike like a fool by giving them
a golden shower just as they were about to orgasm while
fantasizing about a hit on iran

so I just acquired the book, I wanted to read it anyways ... and for the dear ISP members, you guys read it and see where it says that they were scared of Iran --

This meeting ended at 4:20, and preparations for the attack accelerated. Expecting I would be in the White House all night, I went home at about 5:30 to get a change of clothes and return. Dunford had confirmed 7:00 p.m. was the go/no go point for the strike against the three Iranian sites, so I figured I had plenty of time before the 9:00 p.m. hit. I called Trump from the Secret Service SUV at about 5:35 and told him everything was on track. “Okay,” he said, “let’s go.” I talked to Shanahan at 5:40 about the kind of statements he and Dunford would make at the Pentagon once the attacks concluded and whether they should take questions or just read written statements. I reached home, changed clothes, and turned around immediately, running into heavy inbound traffic on the George Washington Memorial Parkway. As I was riding in, Shanahan called with what turned out to be an erroneous report that the UK embassy in Iran had been attacked, and that he and Dunford had decided to delay the time-on-target point to 10:00 p.m. The source of this information was a UK liaison officer at the Joint Chiefs of Staff, but Shanahan said Pompeo was checking (and determined that it was a trivial automobile accident). I couldn’t believe the Pentagon had changed the time of attack entirely on its own, especially based on the scanty information involved. I called Trump to say we might have to postpone the attack for an hour, although we were still checking things out. Trump also didn’t understand why we had to delay things, but he didn’t object.

I called Dunford just after hanging up with Trump and was told the two of them were talking. Worried now that perhaps Shanahan and Dunford had gotten cold feet, I called Pompeo (who was at his residence) to compare notes. He thought Shanahan and Dunford were panicking, and were completely out of line; they had argued to him we should wait a couple of days, in light of the “attack” on the British embassy, to see if we could get the Brits to join the retaliation (although in light of subsequent events, this idea never went any further). It got worse. As Pompeo and I were talking, the Sit Room broke in to say Trump wanted to have a conference call with the two of us, Shanahan, and Dunford. Trump came on the line at perhaps 7:20 (I was now slowly crossing the Roosevelt Bridge across the Potomac) to say he had decided to call the strikes off because they were not “proportionate.” “A hundred fifty to one,” he said, and I thought perhaps he was referring to the number of missiles we might fire compared to the one Iranian missile that had brought down the Global Hawk. Instead, Trump said he had been told by someone unnamed there might be a hundred fifty Iranian casualties. “Too many body bags,” said Trump, which he was not willing to risk for an unmanned drone—“Not proportionate,” he said again. Pompeo tried to reason with him, but he wasn’t having it. Saying we could always strike later, Trump cut the discussion off, repeating he didn’t want to have a lot of body bags on television. I tried to change his mind, but I got nowhere. I said I was nearing the White House and would come to the Oval when I arrived.
Likes: Playboy

I called Dunford at eight forty-five to get his version of what had happened. He said he had been up until one in the morning trying to chase down the “casualty” point just in case Trump changed his mind again when he woke Friday morning. Dunford was not happy, saying Trump had basically called him “feckless” during the Sit Room meeting because he thought Dunford’s target options were “too small,” and then later called off the retaliation entirely because it was too large! Good point. On the casualty issue, Dunford said, well after the Sit Room meeting, Pentagon lawyers asked what the potential Iranian casualties might be. Dunford had said, “We don’t know,” which is what he had said in the Sit Room. The lawyers then searched for a table of organization that might lay out the manning pattern for the kinds of targets we had selected and somehow concluded it would be fifty people per battery. “This is all lawyers,” said Dunford, meaning no one with hands-on combat or command responsibility was involved in this “estimation.”53 As best Dunford knew, as the attack moved toward launch, there was no legal issue. No one had flashed a yellow light. At 7:13 p.m., said Dunford, Trump called to say he had heard there could be one hundred fifty dead Iranians. Dunford said he responded, “No, it’s not one hundred fifty.” First, said Dunford, we were already down to two sites rather than three because one we had identified had already packed up and moved, and we weren’t sure where it was. That meant potential deaths were one hundred at most, even by the lawyers’ estimates. As for the two remaining sites, Dunford said they assessed that it would be fifty people per site “max” and tried to explain to Trump why, in the middle of the night Iran time, the numbers at the site were likely to be far smaller. He couldn’t break through, as Trump said, “I don’t like it. They didn’t kill any of our people. I want to stop it. Not a hundred fifty people

Iran-Esteghlal-Inter said:
So Dunford was ready to go -- nowhere it says he or anyone was scared -- LOL
Click to expand...
scared is not the right term.

that said, people who go to west point and they have 35 years of military service are by in large more reserved about the cascading consequences of use of force.

ChaharMahal said:
scared is not the right term.

that said, people who go to west point and they have 35 years of military service are by in large more reserved about the cascading consequences of use of force.
Click to expand...
what I am saying is Omid Dana interpret the whole bs for his audience .... Trump made a decision not to attack because it was a presidential thing to do for re-eletion. that is all what this book is saying. Basically Bolton wrote this book to deteriorate Trump reputation because he was fired.

from the book:
Trump broke in to say, “Even our enemies liked that we didn’t attack.” (No kidding!) “We have capital accumulated. It was the most presidential act in decades.

Iran-Esteghlal-Inter said:
what I am saying is Omid Dana.
Click to expand...
He is a hack who has picked a nice niche audience for himself. that said he is sometimes pretty funny.
even though pretty out of his mind.

ChaharMahal said:
He is a hack who has picked a nice niche audience for himself. that said he is sometimes pretty funny.
even though pretty out of his mind.
Click to expand...
I respect people opinion but I don't find him funny at all.
P

the hottest protester in the blm uprising is a muslim women.
alaa massri 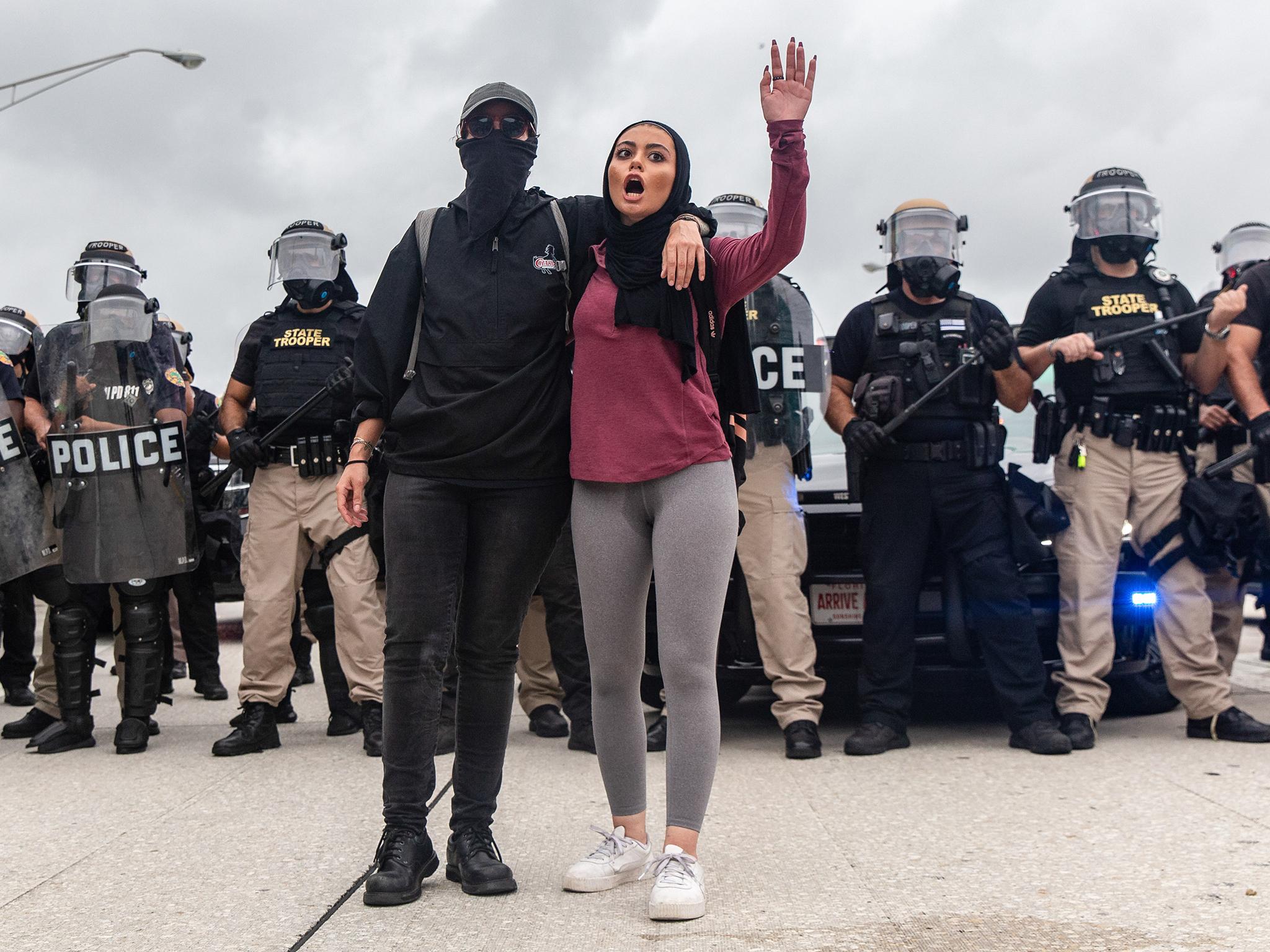 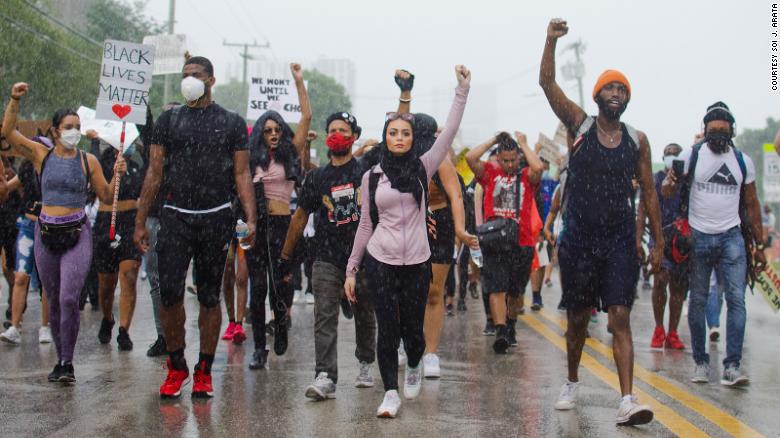 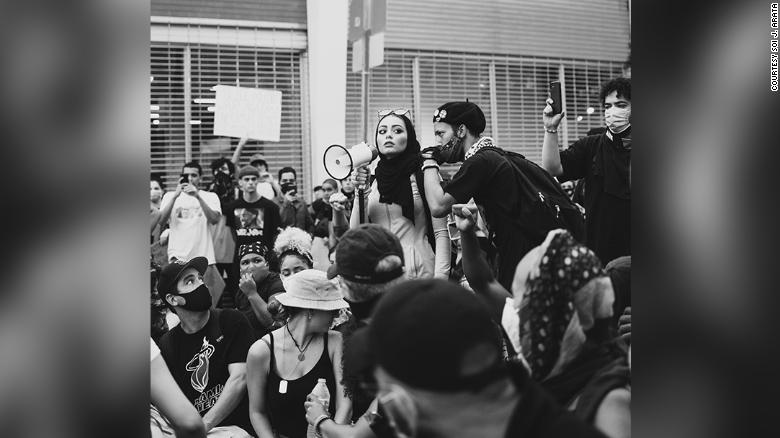