Basically this means = no water for sistan va baloochestan and the farmers are fucked ... !!!
P 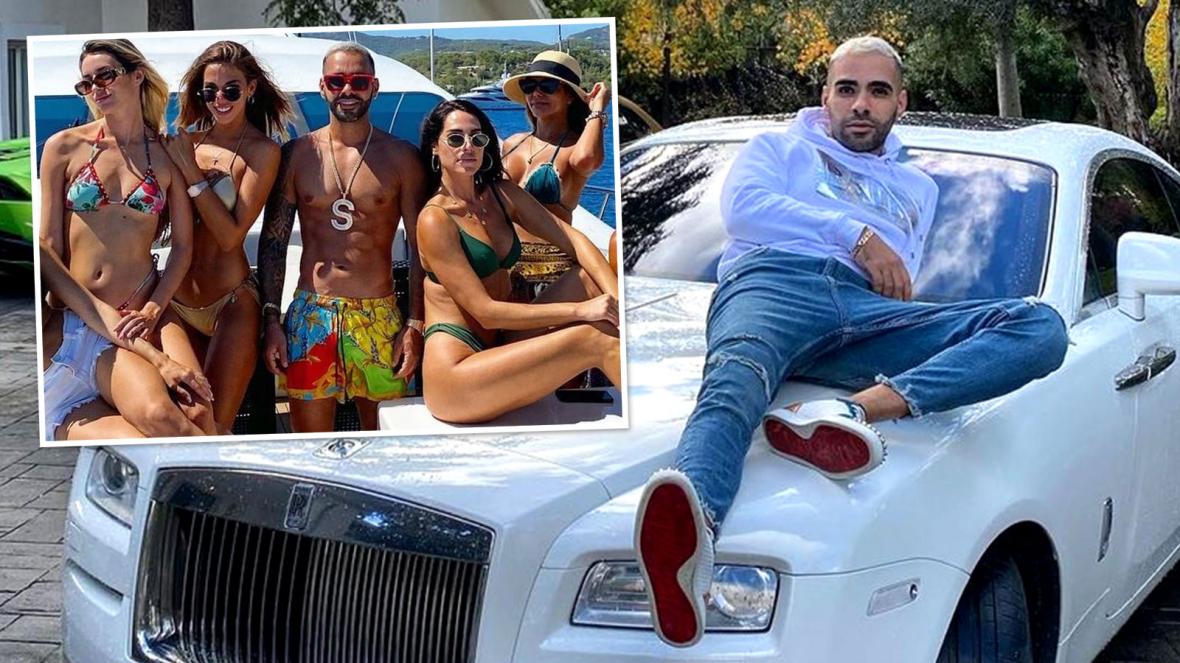 
A well-connected Iranian playboy has been arrested on an extradition warrant in Spain, where he was living in exile and acting as a celebrity “social influencer”.

Sasha Sobhani, 33, is the son of Ahmad Sobhani, a former Iranian ambassador to Venezuela, one of the Islamic republic’s key allies, and would have been considered a key part of the hardline establishment if he had not rebelled.

Instead, he went into business and moved to Spain two years ago, where he lived a playboy lifestyle sharing photographs on Instagram of himself posing with scantily clad women, fast cars and private jets.

Iran has issued an extradition request via Interpol. It accuses him of money-laundering and running online gambling websites, illegal in the country.
P

iran/persia has sure come a long way form 1800-2000.
this article pretty much summarizes what happened to
iran and iranians at the hand of the imperial powers
in the past 200 years.
amazingly most iranians don't even know about this history

Why would I say such an outrageous, treasonous, delusional, OBVIOUSLY-funded-by-Putin thing? Am I hoping to enrage war-crazed sadists who’ve seen too much television “news”?

Not at all. I want them to still be around when I say that it would actually be preferable for the United States to pay reparations to the entire rest of the earth.

Well, then, why would I say such a thing, and exactly what type of mental disorder would allow me to believe the Iranian government to be saintly perfection?

Ah, that’s the key question, isn’t it? Because, as we all know, in every court that has ever ordered anyone to compensate someone else, it’s been necessary to prove that the someone else was a flawless embodiment of paradise. Proving that someone was harmed has never been relevant at all. Nope. The burden of proof has always been on the victim to show that they have never once done any unpleasant thing to anyone. This is why reparations and compensation and restitution never ever happen. In fact these things don’t even exist as concepts. If they did, the following story might matter.

In the 1720s, the newspapers of the colonies that would become the United States wrote positively about the Persian Empire, that place that 2500 years ago held some 60% of humanity. Various U.S. “founding fathers” like Thomas Jefferson sought models in Persian history. From the 1690s to 1800s, based on their school books, U.S. children were unlikely to think of “xylophone” with the letter “x” and likely to think of “Xerxes.” In a staple of U.S. education for generations, Abbott’s Histories, four non-Westerners were included. Three of them were Xerxes, Cyrus, and Darius. Examples from Persian history were tossed around in Congressional speeches. U.S. towns named themselves (and they still are named) Media, Persia, Cyrus.

no deal for you biden unless you capitulate

and the neo-censorship movement continues without challenge.
looks like only china,iran and russia are the ones that are allowed
to receive propaganda without any limit from social media platforms

NEW DELHI — Twitter held firm when the Indian government demanded last week that the social media platform take down hundreds of accounts that criticized the government for its conduct during protests by angry farmers.

On Wednesday, under threat of prison for its local employees, Twitter relented.

The company, based in San Francisco, said it had permanently blocked over 500 accounts and moved an unspecified number of others from view within India after the government accused them of making inflammatory remarks about Narendra Modi, the country’s prime minister. Twitter said it had acted after the government issued a notice of noncompliance, a move that experts said could put the company’s local employees in danger of spending up to seven years in custody.

and now they are going tit for tat

BBC News banned in China, one week after CGTN's license withdrawn in UK

Atlanta (CNN Business)In an apparent tit for tat move, BBC World News has been banned from airing in China, according to a statement from China's National Radio and Television Administration (NRTA) on Thursday.
The announcement comes one week after Ofcom, the British media regulator, said it had withdrawn a license for China Global Television Network, or CGTN, to broadcast in the UK.
In the statement, China's NRTA claimed that BBC World News had broadcast reports on China that "infringed the principles of truthfulness and impartiality in journalism."
On February 4, China's Foreign Ministry lodged a stern representation with the BBC criticizing the broadcaster for its coverage of China's response to the Covid-19 pandemic, dismissing their reports as "fake news."