Even they know the extent of "Iran Foroushi"

Apparently they gave all the gold mines to Chinese .... After 42 years of Marg ba in o oon, they sold the persian gulf to russians and the rest to Chinese. Khak bar saretoon vaghan
R

A U.S. Navy corpsman suspected of critically wounding two other men in a shooting in Frederick, Maryland, was shot and killed by military personnel at nearby Fort Detrick Tuesday morning, according to local police and the Navy.


Frederick police responded to an active shooting call at about 8:20 a.m. Tuesday in the 8400 block of Progress Drive, according to Police Chief Jason Lando.

The 38-year-old gunman then traveled to Fort Detrick, about 10 minutes away, where “personnel on base shot the suspect,” Lando told reporters.

A post to the base’s Facebook page states that the suspect “breached the Nalin Pond gate located off Opposumtown Pike.”

no makeup for you until you stop building a nuke

Audrey Strauss, the United States Attorney for the Southern District of New York, William F. Sweeney Jr., Assistant Director-in-Charge of the New York Office of the Federal Bureau of Investigation (“FBI”), and Jonathan Carson, Special Agent in Charge of the New York Field Office of the U.S. Department of Commerce, Office of Export Enforcement (“DOC-OEE”), announced today the unsealing of charges against MICHAEL ROSE for conspiring to violate the International Emergency Economic Powers Act (“IEEPA”), and participating in bank fraud and money laundering conspiracies. ROSE was arrested by the FBI and OEE today, and he will be presented later today in Manhattan federal court before United States Magistrate Judge Stewart D. Aaron.

Manhattan U.S. Attorney Audrey Strauss said: “As alleged, Michael Rose participated in a years-long scheme to violate our sanctions by surreptitiously exporting cosmetics to Iran via front company intermediaries in the Middle East. Today’s charges underscore that those who violate our sanctions on Iran will be investigated and prosecuted.”

Playboy said:
no makeup for you until you stop building a nuke
Click to expand...
The world will read on the forehead of time

mek goons working for the semitic-axis-of-evil calls the
negotiating team in austria ;foreign agents'ROFLMAO and gets
a very short and simple ''get lost' response

rahim said:
View attachment 43920
Click to expand...
This was are only unsolved problem in our society that was tackled ...
Likes: rahim
R

just2viewgeneralforu said:
Iran's Backstreet Boys are apparently going to follow up to this absolute hit

"The world will read on the forehead of time"

"he came when the darkest night it was"

Click to expand...
What does "second name of Iran" mean ? I mean like even in Farsi ? Khomeini dovomin esmeh Iraneh, khob yanni chi
P

as biden edging closer to see the light on iran and remove
all sanctions,as iran has demanded,the isreali nut is getting
more and more desperate.
false attack alert 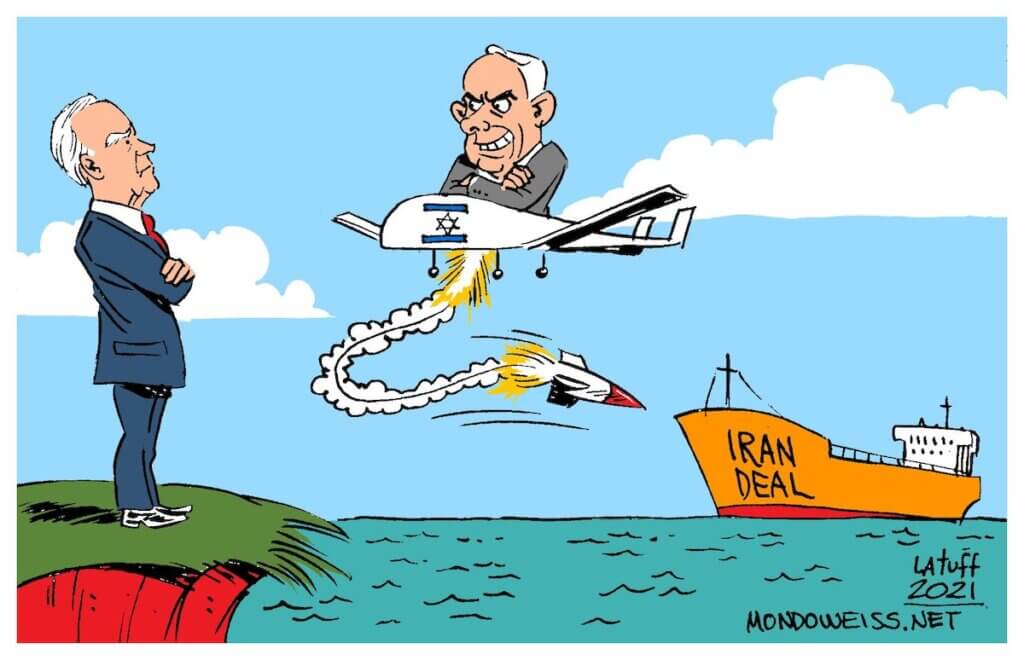 Opinion of palestinians of Iran

Interesting to see view point of both sides
Likes: siavash_8 and rahim

LOL how much of a fucking cuck is this guy:


https://twitter.com/statuses/1380562477042311168
An expanding type of "Iranian immigrant to Britain" who are obsessed with Brexit/Trump/alt-right politics and are enjoying grifting by being a servile Uncle Tom to peope who have lots of britain/england flags and red faces on their twitter profiles.

At some point he's going to be a bigger figure in right-wing British politics and I'm sure it will be very lucrative for him.