and here are the highlights including Saman's goal: 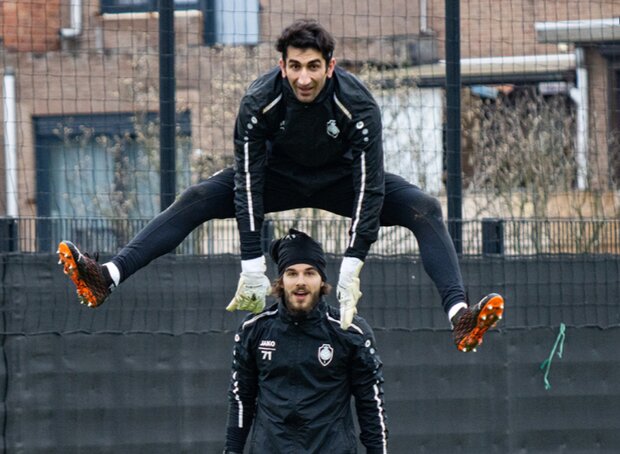 Ghoddos is starting against Leicester in the FA Cup

Although unlikely, would be great if he could knock them out and set up the match against his old boss and his Team Melli teammate.

As a central attacking midfielder Ghoddos is better than anything we have ever had for a long while. He is strong, pacey and has good decision making in fast-paced games.

Why the hell was he wasted on the wings in his TM games so far? We already have so many wingers and wing forwards, he is practically the only player in this central role we have had for years.


Sometimes he was a like-for-like sub for Jahanbakhsh when they have completely different skill sets.
Likes: Payandeh Iran

Ghoddos has looked very sharp and has had two excellent free-kicks which have both been very close.

On sofascore and whoscored, he and Sorensen are far ahead as the best two players on the pitch
Likes: Payandeh Iran

Ghoddos gave the ball away badly in a stupid position and they scored. Brentford defenders and keeper could have all done better too.

Yes he was at fault for that goal

He was playing well until that mistake, but as usual the forums and twitter are saying he has been "very poor". I thought he was their best player till then.
Likes: Payandeh Iran

Any video of the game highlights?
P

one more for mehdi.

Likes: Payandeh Iran and Sly
A

Playboy said:
one more for mehdi.

Click to expand...
Great! Bravo Taremi... great to see he scored again upon return (after last game's red card)! Was he only banned one game (the cup game last week)?

Sly said:
Any video of the game highlights?
Click to expand...
Likes: Sly

just2viewgeneralforu said:
He was playing well until that mistake, but as usual the forums and twitter are saying he has been "very poor". I thought he was their best player till then.
Click to expand...
He actually received second highest point in his him.

Finally said:
Click to expand...
Thanks for sharing the video.

Wasn't Leicester city the other option for Jahanbakhsh which he turned down?
A

Sly said:
Thanks for sharing the video.

Wasn't Leicester city the other option for Jahanbakhsh which he turned down?
Click to expand...
Yes, it was! It was all Leicester in the 2nd half... I am not sure why he left Amiens (French 1st div.) for this 2nd division team.
Likes: Sly
P

'taremi came back to solve'