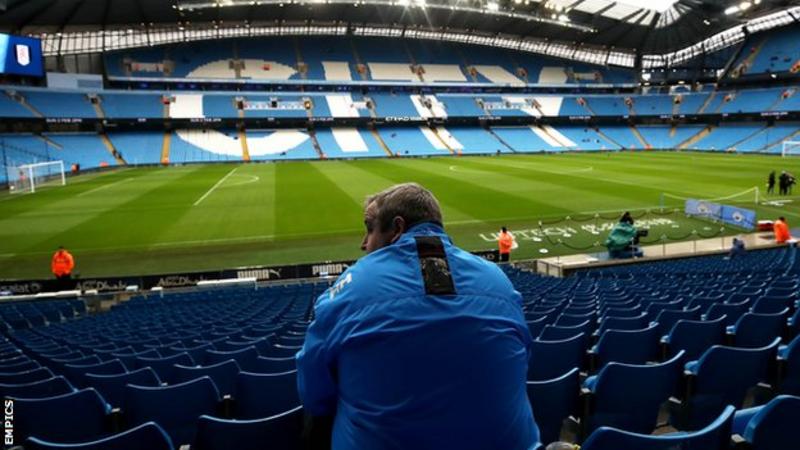 Man City's European ban Q&A: What could this mean for the club?

It is arguably the biggest story in English football this season.

Manchester City have been kicked out of the Champions League until 2022.

City are furious, claim they have effectively been found guilty by a kangaroo court and are promising the fight is not over by any stretch of the imagination.

But for now, they are out, which raises a number of serious questions for the club.

It is a heavy fine but if you don't follow the rules, you are going to get punished. 30,000,000 Euros comes to $32 530,000 US but the also lose two years of major European Competition. Well, I know ONE team that won't win the next two UEFA CLs. They were dishonest with the revenue they received from endorsements, you can't do that and most likely FIFA will uphold UEFA's decision. Unless there is some corruption case, FIFA will honor UEFA's decision. I don't think Pep Guardiola had anything to do with this, this is a management thing but as the coach, he has to suffer as well. Bayern fan, for once I feel bad for the guy.
T

Manchester City’s CAS three-day hearing is over. Man City is likely to hear its fate in the first half of July, according to the court.

Lausanne, 13 July 2020 - The Court of Arbitration for Sport (CAS) has issued its decision in the arbitration procedure between Manchester City Football Club and the Union of European Football Associations (UEFA).

The case concerns an appeal filed by Manchester City FC (MCFC) against the decision of the Adjudicatory Chamber of the UEFA Club Financial Control Body (CFCB) dated 14 February 2020 in which it was deemed to have contravened UEFA’s Club Licensing and Financial Fair Play Regulations and sanctioned with exclusion from participation in UEFA club competitions in the next two seasons and ordered to pay a fine of EUR 30 million.

The Panel of arbitrators in charge of the matter, composed of Mr Rui Botica Santos (Portugal), President, Prof. Ulrich Haas (Germany) and Mr Andrew McDougall QC (France), conducted a hearing with the parties, their legal representatives, witnesses and experts on 8, 9 and 10 June 2020.

Following the hearing, the CAS Panel deliberated and concluded that the decision issued on 14 February 2020 by the Adjudicatory Chamber of the CFCB should be set aside and replaced by the following: a.) MCFC has contravened Article 56 of the Club Licensing and Financial Fair Play Regulations. b.) MCFC shall pay a fine of EUR 10,000,000 to the UEFA, within 30 days as from the date of issuance of the arbitral award.

The CAS award emphasized that most of the alleged breaches reported by the Adjudicatory Chamber of the CFCB were either not established or time-barred. As the charges with respect to any dishonest concealment of equity funding were clearly more significant violations than obstructing the CFCB’s investigations, it was not appropriate to impose a ban on participating in UEFA’s club competitions for MCFC’s failure to cooperate with the CFCB’s investigations alone.

However, considering i) the financial resources of MCFC; ii) the importance of the cooperation of clubs in investigations conducted by the CFCB, because of its limited investigative means; and iii) MCFC’s disregard of such principle and its obstruction of the investigations, the CAS Panel found that a significant fine should be imposed on MCFC and considered it appropriate to reduce UEFA’s initial fine by 2/3, i.e. to the amount of EUR 10 million.

The final award with reasons will be published on the CAS website in a few days.

those bastards got paid, I am sure of it. 3 person panel my A$$.

Money talks but this article states MAN CITY WILL NOT BE BANNED for two years in UEFA CL.
Money talks they are one of the top 10 riches clubs, haven't seen the latest ranking but I would bet they are worst case top 15,
According to this article- NO BAN

The Premier League club challenged UEFA's decision to prohibit them from continental competitions, as well as a €30 million (£25m/$33m) fine, for alleged breaches of Financial Fair Play (FFP) regulations and failing to cooperate with its investigation.

If that were any of the other non big 4 clubs, I think they (UEFA) would have thrown the book at them BUT because Man City is a brand name
they got away with it. Can someone confirm if this is true or some tabloid news?

Like what if this happened to a team like Watford, Norwich City or Aston Villa, do you guys think the decision would have been reversed like it was
for Man City? I'm going to lean to no they would have had the book thrown at them, who cares about being banned from UEFA- CL for those tems
because they don't have a prayer of a shot anyways of making it, they might even get relegated.
P

you guys didn't seriously think they would ban Man City now did you ? Just like they were going to throw CR and Messi and and and in jail. All these "punishment" just for Media to hype it, at the end of the day, non matter.

Behrooz_C said:
He is right. How can you be cleared of the ban but fined? Which rule says they can do this?
Click to expand...
Valid point.

Takbetak it is interested btw two things 1- They are not going to go too hard on the big clubs because money talks and PSG is a big club,
FIFA is in the business of making money. I found this interesting reaction to the reversal of Man $Hitty's ban.
Now if this were West Brom Abilon i don't think they would have gotten off that easily. Well, you don't have to worry about Pep Guardiola
and Man City, Bayern didn't even have to take care of them.
Oh and on a side note Pep Guardiola had 4 years and couldn't do $hit with $hitty $2 coach with $200,000,000 talent, take him out of
Barce and you see what he really is.

Here is the article https://www.thesportster.com/soccer/premier-league-managers-react-manchester-city-european-ban/

You don't think that the name of City and PSG had something to do with both of them getting off so easily? What if it were
West Bromwich Abilon and Nimes, two no names? Money talks fellas, that is why they got a slap on the wrist and FIFA
backed off like cowards.
You must log in or register to reply here.
Share: Facebook Twitter Google+ Reddit Pinterest Tumblr WhatsApp Email Link