Right now United is playing the lowest quality football possible with these players. Regardless of the results they get, this is absolutely pathetic compared to what they were under SAF.

What would this team do without Ashley Young?!! He's doing all the work for them!

WTF! We lost 2-1 to some unknown Danish team in Europa League. Add Rooney to list of injured players for 2 months and Davi De Gea who got injured today during warm up.

Payandeh Iran said:
WTF! We lost 2-1 to some unknown Danish team in Europa League. Add Rooney to list of injured players for 2 months and Davi De Gea who got injured today during warm up.
Click to expand...
we deserve to lose. as long as we have LVG and Ed in charge!!!

LOLLLLLLLLL!!!! Just noticed Man U lost to a team called "Midtjylland" in an important game in Europa League!

hahahahaha!!!!!! I'm actually a fan of Ferguson's United, but this is just hilarious! Hahahahahaha!~!!!!!!

This "Midtjylland" club is only 17 years old. I had never heard of them. Watching the highlights, Sergio Romero saved United's ass many times. It could've been much worse! LOOOOLLLL!!! 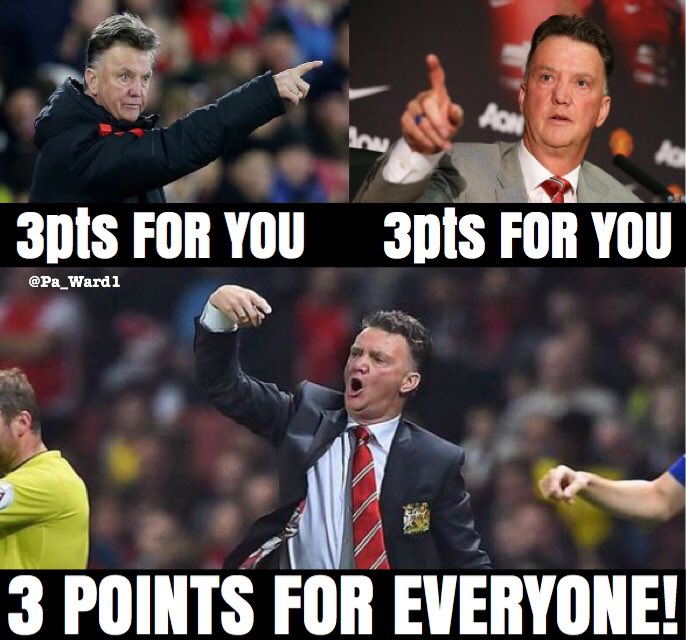 isn't ironic that since man-u went public (stock market) thing have sort of gone down hill form there.

I just found out this Midtjylland team had not played any games for 71 days prior to today's match due to the Danish winter break!

That makes it even more embarrassing...How do you lose to a bunch of players who haven't played football for 71 days?!

bache tehroon said:
i just found out this midtjylland team had not played any games for 71 days prior to today's match due to the danish winter break!

That makes it even more embarrassing...how do you lose to a bunch of players who haven't played football for 71 days?!
Click to expand...
Didnt know that. loool

Has anyone heard from Mashdi? Any news on his whereabouts?

His absence for such a long time is very strange. To be honest, I fear the worst.
I remember everytime he was going away for a holiday or something he would announce it here so people would know he will be away. But this time he just disappeared. It is very uncharacteristic.

Executive vice chairman Ed Woodward said: "I would like to thank Louis and his staff for their excellent work in the past two years culminating in winning a record-equalling 12th FA Cup for the club (and securing him a title in four different countries). He has behaved with great professionalism and dignity throughout his time here. He leaves us with a legacy of having given several young players the confidence to show their ability on the highest stage. Everyone at the club wishes him all the best in the future."

A decision on a successor as manager will be announced soon.

Louis van Gaal issued the following statement at 20:30 BST this evening (Monday 23 May)...

It has been an honour to manage such a magnificent club as Manchester United FC, and in doing so, I have fulfilled a long-held ambition.

I am immensely proud to have helped United win the FA Cup for the 12th time in the club's history. I have been privileged during my management career to have won 20 trophies but winning the FA Cup, which is steeped in so much history, will always be one of the most special achievements of my career.

I am very disappointed to be unable to complete our intended three-year plan. I believe that the foundations are firmly in place to enable the club to move forward and achieve even greater success.

I hope that winning the FA Cup will give the club a platform to build upon next season to restore the success that this passionate set of fans desire.

Having managed in Holland, Spain and Germany, I had always hoped for the opportunity to manage in English football and be part of English culture. Both of these experiences have lived up to expectations and been fantastic.

I thank my players and wish them well for next season. It has been a pleasure to work with them and it has been particularly rewarding to see so many young players take their chance to break into the first team and excel. I look forward to watching the continued development of these young players next season.

Thank you to the owners and board of Manchester United for giving me the opportunity to manage this great club.

I would also like to express my gratitude to the amazing United supporters. They are truly the best fans in the world.

I am indebted to my support and coaching staff, who have given me their all during their time at the club.

I am deeply grateful to each and every member of the club’s staff - the sports science team, the medical team, the kit and laundry department, club administration, the press office, the manager's team, the Academy team, ground staff and the catering team, both at Old Trafford stadium and Carrington training ground, all of whom have given me their unwavering support in my time at United. Never in my 25 years as a manager have I been so well supported in my role.

Finally, my special thanks go to Sir Alex Ferguson and Sir Bobby Charlton for always making me and my family feel so welcome throughout my time as Manchester United manager.

One question for you Manu fans. Why didn't Manu buy any good players when LVG was in charge but now is going on a spending spree?

Zob Ahan said:
One question for you Manu fans. Why didn't Manu buy any good players when LVG was in charge but now is going on a spending spree?
Click to expand...
Dude we spent over 250 Mil in 2 years when he was in charge...
You must log in or register to reply here.
Share: Facebook Twitter Google+ Reddit Pinterest Tumblr WhatsApp Email Link