Real Madrid said:
Jose also asked for the service of Baily from villarreal for a fee of €30 mil. If this happens then yellow submarines have benefited 24€ in just one year as they bought him for around €5.5 a year ago from espanyol

Cadena SER believe the deal is in its final phase


Sent from my iPad using Tapatalk
Click to expand...

you guys finally signed him , congrats. Jose did a good job to bring him to OT . the guy was a rock solid at Villarreal . he shut down CR as they beat us 1 - 0 .

he was so crucial against Liverpool when they beat them 1-0 but then he was missing in the return leg which they lost big at Anfield .

was a very profitable deal for Villarreal . He wont play in the CL but I guess he made a logical move. hope he can be as successful at OT
.
.
.

Ryan Giggs the legend, hope to see you back at Old Traffird again. Thanks for great memories.

Fatso said:
Solid signing. Very underrated player. Probably Dortmund's best last year.
Click to expand...
Ah , Can't agree with you . he needs a good support to perform and with that support he can really play and score goals. I still rate Aubameyang higher than him

Dortmund already looted , this guy, Hummels and Goundugan are all gone
.
.


Damn and I just learned his father who also played for Armenia national team as a striker died at the age of 33 due to brain tumor
.
.
.
.

My Armenian colleague changed camp from Liverpool to United in split of a second. Talk about loyalty!

So it seems Pogba to Manu is almost a done deal ... RM gave up on him specially whn Raiola asking for almost 15 Mill commission fee
.

I hope we get him but that is just way too much for him..

houmanbahal said:
I hope we get him but that is just way too much for him..
Click to expand...
Here is the details , I was wrong about the commission
.
.
.
.
.


With his client Paul Pogba on course to completing a big-money transfer to Manchester United, Mino Raiola is set to earn roughly €30 million from the deal.According to reports in England, the French star looks set to seal a stunning €117m switch to the Premier League in the coming weeks, becoming Jose Mourinho's fourth major signing as Red Devils manager.

The Sunday Times claims that having negotiated a 25 percent cut of any transfer fee, and a further €29.3m as part of a sell-on fee that would be activated if the 23-year-old returns to Old Trafford four years after his original departure, Raiola is set to receive a massive cut of the profits.

It is believed that the Italian is demanding that the Bianconeri star receive a staggering €11.72m after tax to swap Turin for north-west England.Raiola has already brokered deals to take two of his other clients, Zlatan Ibrahimovic and Henrikh Mkhitaryan to the Old Trafford club, but would stand to make a much greater amount from the Pogba transfer.The Frenchman is likely to start the Euro 2016 final between Les Bleus and Portugal on Sunday night.

I'm not a Man U fan but with Mou and Zlatan I give them 50% chances to win and the rest can do withe the other 50 .

Zlatan made his mark on PL .beautiful distance shut kills the match
T

Perhaps Jose Mourinho should send some of those funny videos to Anthony Martial to make him smile a bit and feel like he is loved and wanted at MUFC. LOL. 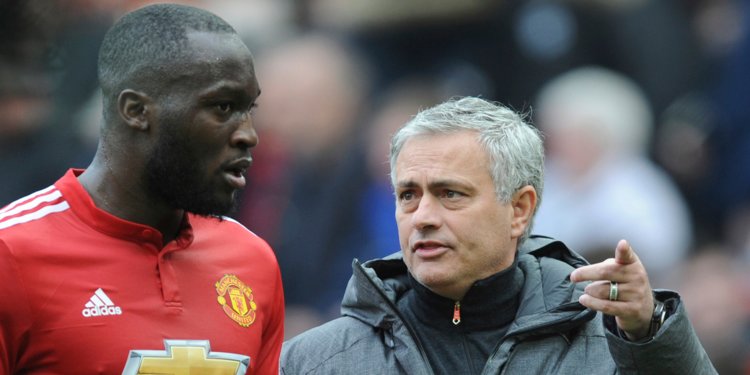 
Manchester United manager Jose Mourinho has made headlines this summer for semi-contentious, often negative comments about his club.

But according to one of the team's stars, striker Romelu Lukaku, the public image of Mourinho is not necessarily what the 55-year-old manager is really like.

"I get to see a total different image of him where he's really cool," Lukaku told Business Insider.

Lukaku said Mourinho reminds him of San Antonio Spurs head coach Gregg Popovich. Popovich can occasionally be terse with reporters, but he's beloved by players (and most media members, too). Lukaku said he thinks both men are so driven to win that it can affect their mood and overall image.

"People need to understand that we play this game not to lose it. We play this game to win," Lukaku said. "So when you lose, you get angry, you get upset. So for him ... when he's upset, he's a type of person that you can really see that he's mad or angry. So I think this is normal. This should be embraced because he's a manager, he's a coach that wants to win. And if you can't deal with that, well, you know, don't ask him questions because he shouldn't hide this personality to give, like, a good public image."

As Spurs players have said with Popovich, Mourinho's relationship with players goes beyond soccer, according to Lukaku.
"We make jokes. He would send me like sometimes good advice, or funny videos, some stuff like that. So he's really a family guy. That's how I know him."

Mourinho is under pressure to win with Man U this season, his third with the club. ESPN reportedthat there had been some friction between Mourinho and the club in recent months. Nonetheless, Lukaku has stood by his coach.
"We have a good relationship," he said. "I think it's nice to play for him."