You have to feel it for all the athletes who worked hard for years.

@ChaharMahal It sucks but they just POSTPONED to 2021- First time the Olympics got postponed during peace time.
Even Russia backs the I.O.C and they are all about the Olympics. It will still go on, just 2021.
https://indianexpress.com/article/s...a-backs-iocs-plan-for-tokyo-olympics-6328185/

Yes but you have to understand all the athletes who were on thight regiment for an entire year now need to keep that up for an additional year.

and for japan i don't think they will recoup even a fraction of their cost.
P

nobody would have shown up anyway if they did not postpone it.
and no athletes can train now anyway so the competition would
have been severely damaged in quality if it had gone on this year.

^^For once I agree with you playboy. I just talked to a family member about this, she is a two time gold limeades
and considered the greatest pole Vault- She said on her Instagram she sympathizes with the athletes but...
player safety comes first. Also, the Russians backed the I.O.C and they are big on the Olympics.
I won't give her name to protect her identity but if a two time gold medalist in Sydney and in Beijing is telling us to
postpone, then maybe we should postpone. It's just for a year anyways the Olympics will still go on.
I won't give her name but you can figure it out with this clip, She is giving us the perspective of the elite athlete and wanted me to share.
Side note, yes I know with those blue eyes and 8 pack she is smoking hot(it's in the genetics). She also tested clean and could have been..
on the coveted Russian gymnastics team however, she turned it down. Russian gymnasts and figure skaters are treated like cattle more than other athletes
Gold medalist champion Alina Zagitova echoed this statement.
She said the major challenge for athletes, will be the adjustment because athletes are on a strict regiment and train for a certain time period.
You are now asking them to train for another year and they were mentally prepared to start the games in the summer.
From her perspective, the challenges are more mental than physical.

these 2 are the biggest losers of this delay. 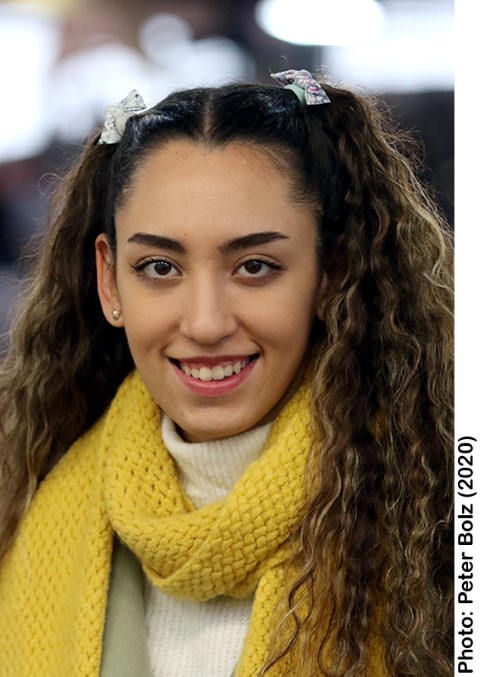 American Jewish Committee (AJC) is launching a global campaign to bar Iran from participating in the Olympic Games in Tokyo in 2021.