I find myself slightly rooting for these "retards"

Shorting is immoral. It has its uses in a transparent market, but that doesn't take away from its immorality.
P

Playboy said:
and now the powers to be are getting involved.
they never get involved if average trader loses money

“Our team is of course -- our economic team including Secretary Yellen and others -- are monitoring the situation,” Psaki told reporters at the White House on Wednesday. She called the unusual trades in the video-game retailer “a good reminder, though, that the stock market isn’t the only measure of the health of our economy.”

https://www.bloomberg.com/news/arti...onitoring-gamestop-market-activity-psaki-says
Click to expand...
as soon as the regime goons threaten to 'start investigating' all the
high flyers start to nose dive.
traders are reporting they are unable to make buys on gme,amc,nok.
stop the steal

I hope those of you who entered KOSS earlier this week, pulled out before today

Payandeh Iran said:
I hope those of you who entered KOSS earlier this week, pulled out before today
Click to expand...
The problem is that all these 15 year old nerds were using the same platform for this (Robinhood) and when it restricted buying some of these tickers today (GME, AMC, KOSS etc...), all of these short-squeezing stocks just plummeted.

But as soon as they figured out how to use another website, they rebounded again lol

So in conclusion, all these spotty dweebs are about to ride KOSS again.
P 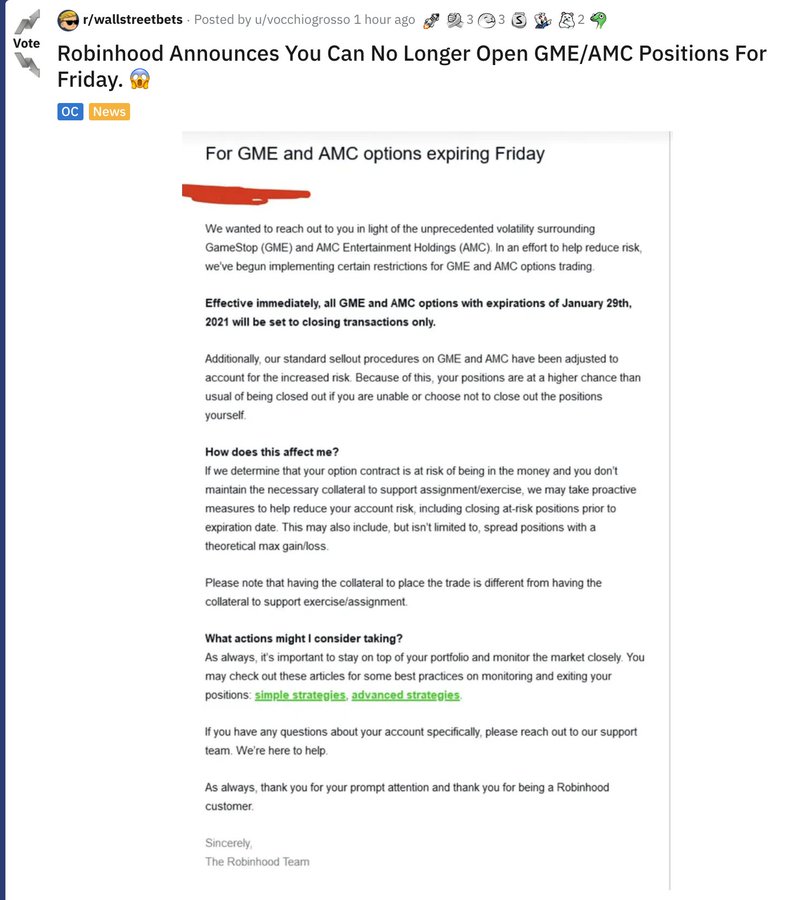 the whole market is filled fraud like activity and all of us to some degree are complicit in it and the Fed is our gang leader.

Jokes aside, has anyone here used a KOSS?

just2viewgeneralforu said:
Jokes aside, has anyone here used a KOSS?
Click to expand...
Yeah, I try to use KOSS as much as I can! one KOSS a day, keeps the Dr. Away ! lol

vali jedi, yeah, I actually have used their headphones, IMO they are just avg. good for going to gym or places you dont care so much if they get damaged and stuff.