could the video quality be even worse ? I mean I can't even see who headed the first goal

Playboy said:
iran will easily win all remaining 4 matches in the preliminary wc qualifying with at least a 2 goal margin.
bet on it.
Click to expand...

Can't tell if you're joking or not.
P

no joke.
iran is ranked 29,iraq 69 and bahrain 97.
they got lukcy and won in the first round but
eventually the odds will favor iran.

The center is poor, Hajsafi is bad in general and worse when he is positioned to play the role of engine. I hope I am wrong but I am afraid with waving his vote for Ajorloo, he might have guaranteed his position. I hope Ebrahimi can be fit for this position. We basically have nobody else. Also Ezzatollahi is missed, we need him for 2 out of 4 games in 12 days in June in Bahrain!
Team is okay on the sides, and seems to be average in team defense. The defenders made sluppy errors today that Iraqis won't miss.
Beiro was really good but while I believe he is our best, he needs to be at his best psychologically.
Essentially we have to prep 2 teams, one to take on Bahrain and Iraq and another one on Cambodia and Hong Kong every 6 days. Beating Bahrain is do or die.
Not an easy task but I agree it is doable. Our best players come from 2nd tier European leagues with fair if not regular playing times so they better know how to handle pressure.
Likes: Payandeh Iran and TM_Iran

Keep in mind that the Bahrainis know their only chance of staying in the competition is if they stop us from winning. Their main tactic will be to defend their goal with 11 men and rely on counter attacks. God forbid if they happen to score an early goal. Then grass rolling will follow the parked bus. We need to be mentally prepared for a highly defensive team and their mental games. Our first priority in this game should be not to concede a goal at all cost. Cohesive team defense is the key! Second priority should be to make good use of the chances we get. We cannot afford individual mistakes in this game! Taremi and Azmoun may not get 20 scoring chances to miss before they can score 1.

Playboy said:
no joke.
iran is ranked 29,iraq 69 and bahrain 97.
they got lukcy and won in the first round but
eventually the odds will favor iran.
Click to expand...
What was Qatar's fifa ranking when they convincingly won the Asian Cup?
Likes: Payandeh Iran
P

don't know but qatar is ranked 58 at this time.

I hope to see you
Click to expand...
Were you aware that Qatar was ranked 93rd before they won the Asian Cup?

Do you think Playboy is just trolling for the sake of it, with out any real objective other than to be a bit of a sarcastic prick to his so-called hamvatans?
Likes: TM_Iran

Welcome Zlata, we have one cock sucker in playboy here, so that makes two of you now
btw, nice a$$, is it real or silicone?

Hajsadi: we have weaknesses and we will fix it..

When everyone is fit i like to see this line up in qualifiers:

TM_Iran said:
When everyone is fit i like to see this line up in qualifiers:

Ps. I know Moharrami has an edge compared to our other RBs because of his time in Europe, but I don't know why I feel our RB has gone down in quality a few levels after his inclusion as compared to when Rezaeian and Ghafouri were playing. I liked the latter 2 more.

At least Iranian fans travelling to Bahrain will be able to share a few non-alcoholic pints with the friendliest tourists in the world...

Playboy said:
afc fairness is killing me
why should bah get to play iran twice at home for wc qualification?
this has never happened before.
i would recommend iran just quit and tell afc to buzz off or ask the
'divine authority' to intervene and cause havoc in bah to stop the steal.
Click to expand...
the 'divine authority' has intervened in the form of yemen's houthis

TEHRAN - Iranian club, Foolad Khuzestan have asked the Asian Football Confederation (AFC) to change the venue of their AFC Champions League (ACL) play-off match against the UAE’s Al-Ain due to the security concerns.

The match is due to take place on April 10 at Prince Faisal Bin Fahad Stadium in Riyadh, Saudi Arabia. However, the Iranian club have voiced their concerns to the AFC through the Football Federation of the Islamic Republic of Iran (FFIRI) over the recent safety and security matters in Saudi’s capital city.

Saeid Azari, general manager of Foolad Khuzestan club, believes that given the seriousness of the incidents that took place in Riyadh, the match must be held in a secure venue.

“Based on the international media reports, we have been informed that Riyadh has been attacked by rockets just in recent days. So, we are very worried about the security condition of the host city and our request is that due to the current confusion on the ground, the venue of our match against Al Ain to be moved to another safe and secure one,” Azari said in an exclusive interview with Tehran Times.

“It's the best solution for both teams,” he added. “It's the most logical solution given that security has to be the number one priority. We hope that the AFC will work on choosing the most suitable alternative venue for the match. 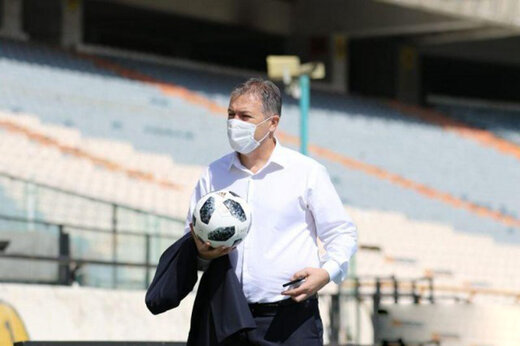 It is weird that they haven't changed the dates in Fifa calendar yet.

So we don't have any more games before the Bahrain game. 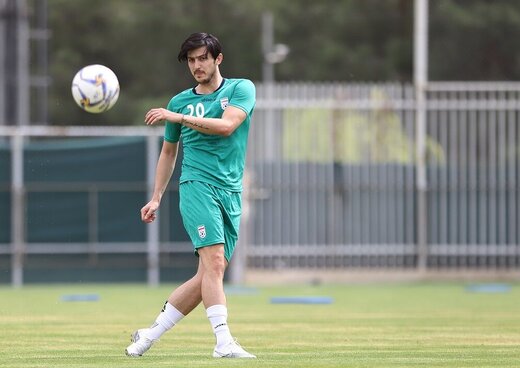