Trump is the president

But first take your head out of your guru's rear-end. It may help the blood-flow to your brains.
Click to expand...
ببند اون گاله رو بینیم باااو کس کش خبیث

Click to expand...
Or you do what exactly SchweinFarter?!!! My guess is one of the following:

Can we keep this about Trump's presidency please? Please?

Gaines said:
Or you do what exactly SchweinFarter?!!! My guess is one of the following:
A- Go berserk….Again.
B- Gather a few cell phones, make popcorn, and then go berserk.
C- Have a long talk with Tehol Beddict in your head, and then go berserk.
D- Lecture us about connection of Brexit to the Saddumb’s loving nature, and then go berserk.
E- Create a new username, become a Spurs fan. Then you will have to go berserk.
F- Sneak back into the loony bin, and then go berserk.
G- All of the above.
What will it be…..Oh…..The suspense….…The excitement….
Click to expand...
yO brouw, I don't know what this fucktard faggit jibbering around here, but you forget to mention the claim;
B1- The picture of bastard sandi-analia imam ali which is concealed in the basement of Musée du Louvre.

United State of America, the land that's most disenfranchised in the world.
Debt of $22 trillion, thus "$22,000,000,000,000", and the national debt increases by $1 trillion each year, such a sick sum that is utterly hellish to realize.
Remember this, a soul will never ever comes free as soon as you letting the same soul puts itself in a debt trap.
What's happening right now is that the treasury public gets less money through taxes than it get rid of "spending money on fighting China", hahaha.
However, is that a problem?
The answer is a big "No", too many out there want to lend money to the US and of course the US can borrow money in its own currency, the US $$$, believe it or not there are loads of plebs out there who queuing up to invest in US $$$.

Now, everyone says the US central bank is very much independent......and does not obey the state, ohhh yeah.... my non-shiny hairy ass, it does not.
This is quite simple, when you and I fall into the debt trap, we sooner or later have to pay with nonfictional green dough, although the state has a monopoly on issuing new shiny green dough right at the central bank, course since 1970 the state no longer holds sufficient gold to cover foreign dollar holdings.

+ In the short term
The whole world have huge confidence in the US economy.

- In the longer term, when trust fo uS economy fails it can really get into a nasty situation.
Unemployment.
Interest rates will rising fast.
People will be forced to leave their mortgaged homes

Having said all of these, swap this orange "Trump" baboon with a green baboon or any other colored baboon, as long as we get someone as unprincipled, cuckolded with a huge mouth as Trump, we are on the safe side.
Last but not least, remember this..... keep that fucking Clinton-Clan away from the power.
K

The bad part no one even mentioning is the so called "unfunded obligations" or "The money US government does not have" if shit happens, you know how much that is?
Read this carefully, ..... the humongous amount of between the $100 to 200 trillion.
This fucking orange baboon in this clip claims that the debt during former baboon became twice as much, almost correct, it did increase with $8 trillion ($1 trillion/year).
Now during 3 years of orange baboon's régime the debt has been increased with $3,5 trillion and continuing its way very much up to the North Pole.
September 30, 2016
orange Baboon, during 2016 campaign
Funny @ 0:44 there is a hAji mulla, three lines up right behind Trump.


So, with the benefit of hindsight, it is very instructive to realize that the increase of government debt is linear. The orange baboon hasn't done shit to stop it, the fucker simply can't. (he's involving fighting chinese) lol

Now yO hAjis, go on fucking fight whether the orange baboon is more skillful and dexterous or the green baboon to run this crapy circus! 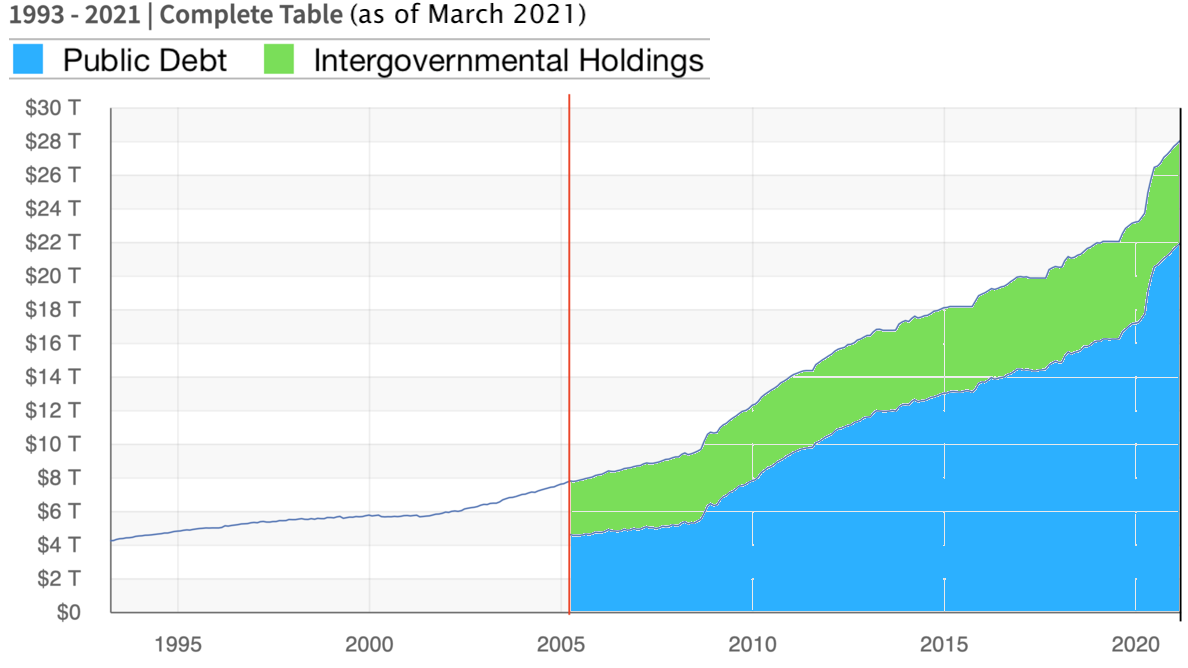 Click to expand...
in the short term the debt have proven itself not to matter when you hold you the reserve currency of the world.

The national debt is nothing to worry about considering that interest rates are close to negative. Japan's national debt to GDP ratio is a lot higher than US and they are doing just fine.

Zob Ahan said:
The national debt is nothing to worry about considering that interest rates are close to negative. Japan's national debt to GDP ratio is a lot higher than US and they are doing just fine.
Click to expand...
It's only a worrying matter if other nations start doing much better than the US economically, otherwise it's nothing.

So far, other nations are pathetically behind the US in every way.

ChaharMahal said:
"in the short term the debt ....", "in the long term .... we are all dead...."
Click to expand...
Zob Ahan said:
".....national debt is nothing to worry....."
Click to expand...
Well, I obviously failed to deliver the piece of information, or could be simply because folks fucking never read what you write before they answer!?
Sigh!!!

However, Banksy got it!

That's a good looking picture of Boris Johnson.......Or is that the orange baboon himself pointing to his taxes. Hard to tell from this angle and lighting.

Regarding the debt (or any other serious matter), don't waste your time here. Go to some other forum if you want to have a serious conversation with literate counterparts.
G

Kian Pars said:
Well, trump's presidency is all about these stuff:

SchwainFarter is a renowned figure. He has a huge following of one person. He is a legend in his own mind, having achieved SchweinFarting black-belt status. He is an Einstein of our time (yep, he claimed it under one of his previous personalities). An accomplished expert in popping corn using cell-phones, a feat that has not been duplicated since. An expert in imaginary history and imaginary economics. First person to discover that Costa Rica is an island. And apparently he has a 1500 year old high resolution picture of Ali hidden is his basement (or in his underwear)...... Truly one of a kind...... We all should be grateful for his presence. I know I am.

Trump, on the other hand, is a narcissistic buffoon, with millions of followers, who are too stupid to think for themselves. Beloved by the self-proclaimed experts here, he can get these morons to chant whatever he wants.

the reality is different.

the american $ has been weaponized and is being backed by
the full might of american nuclear weapons.

those holding american debt notes know that if they ever demand
their money back they will be given a choice of getting to know the
aforementioned arsenal intimately or shutting up and carry on with the game.

in short the national debt is irrelevant as long as the world is
terrorized by non-economic means and does not have the
guts to stand up to it.

That's a good looking picture of Boris Johnson.......Or is that the orange baboon himself pointing to his taxes. Hard to tell from this angle and lighting.
Click to expand...
It's Jeremy f@cking Corbyn in my nightmares.

The moron wants to spend over 100 billion pointlessly re-nationalising industries, he wants to close private schools (which he and his marxist friends went to) and confiscate their lands (fascist bastard), and impose heavy tax on business, which will drive them out and make millions jobless.

In fact I would rather vote for an actual baboon than him.

Gaines said:
^^^^
Regarding the debt (or any other serious matter), don't waste your time here. Go to some other forum if you want to have a serious conversation with literate counterparts.
Click to expand...
The amount of happiness I have from being here is so wholesome you won't imagine, I like this forum and all of the hAjis around, yO know bud I won't go like Lee Van Cleef went "Best of The Bad", "When a man been wounded, you gotch'a end it or it might be that later he'll try to come after you", I got'a say I go easy, I never finish it off, cause I like it.
Give my best to that funny hAji A&B