Trump WAS the president

Pooya said:
Oh oh. SHIT ... I think Trump is not going to sleep anymore ...
Click to expand...
you bet!. the secret service is gone take this big time seriously.
K

I believe that most Americans agreed with majority of Trump's policies such as his stance against China, NATO and his toughness with illegal immigration.
The problem with Trump was always his persona and his mannerism.
His egocentric and narcissistic behavior made him the president in the first place, however, his insistence to act like a complete moron and his failure to be even remotely presidential cost him his downfall. One can only take so much of that bullshit before saying enough is enough.
I know several diehard Trump supporters who would openly admit that he is a jerk and an asshole, but to them, his policies were enough to keep him in the office.
In the end, he alienated too many people with his theatrics, constant non-sense, tweets and rudeness. Amazing that he just couldn't see the signs coming, specially when most of his closest allies threw in the towel and quit his administration. The writings were all on the wall for him.

In my opinion, the president of the US represents much more than policies. He needs to project leadership, be tough when needs to be, but also be a good politician who understands that not all battles can be won with sword. That was never Trump. He ultimately didn't have what it takes to be a President. The lack of moral character and empathy, his narcissism and his love for praise and loyalty are all shared traits with most third-world countries dictators. Americans experimented with him for one term and most realized their mistake.
Likes: Payandeh Iran

All he had to do was be nicer to liberal media. That would've guaranteed him a 2nd term. He had all the right ideas and even the right level of narcissism/craziness to satisfy people's thirst for drama. He just didn't have any politics in him. None whatsoever. He was good for the world. His desire to make his country a better place can't be denied or questioned. He wasn't patient and willing to compromise enough.
Likes: siavash_8

I think Ivanka Trump will run for presidency ... just wait and see ...

Iran-Esteghlal-Inter said:
I think Ivanka Trump will run for presidency ... just wait and see ...
Click to expand...
She might but this is Kamala's decade. The downward spiral will persist for a while. The next US recession may be quite catastrophic. It's only then that more people will support protectionist policies. Until then, it's just print money and save the climate using diversity and taxes.

Bache Tehroon said:
He was good for the world. His desire to make his country a better place can't be denied or questioned.
Click to expand...
Yes it can, champ.
P 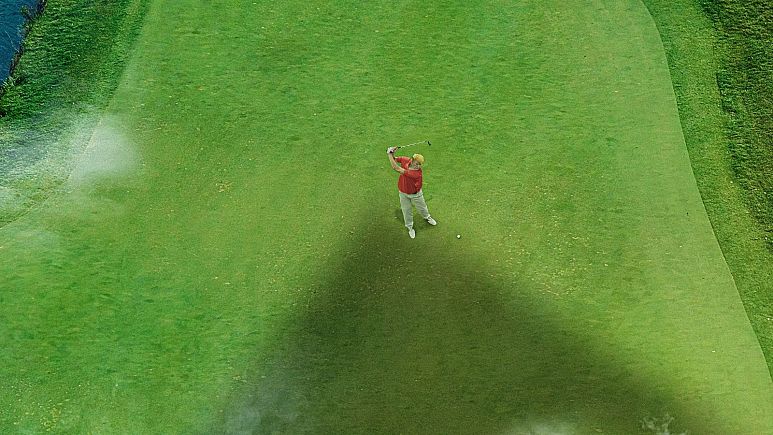 now trump and the top moola are both banned by twitter 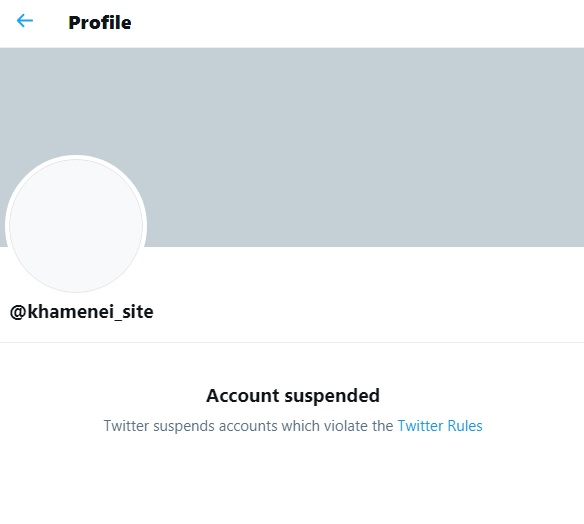 now trump and the top moola are both banned by twitter

the ghost of trump lives on with 'fake news'

DUBAI, United Arab Emirates (AP) — Twitter said on Friday that it had permanently banned an account connected to the office of Iran’s supreme leader, shortly after the account posted a photo showing former President Donald Trump playing golf in the shadow of a giant drone.

Now trump and the top moola are both banned by twitter
Click to expand...
I still don't know what your intention is here? You know better than anyone that @khamenei_site is not iran's leader so what do you gain by this?

Trump and IR were a gift for each other, and in particular each other's misinformation campaigns.
P

y'all can argue with ap(post #1231) about the site.
their report says it's a site affiliated with the top moola in iran.

Playboy said:
y'all can argue with ap(post #1231) about the site.
their report says it's a site affiliated with the top moola in iran.

i'm just a soul whose intentions are good
oh lord please don't let me be misunderstood
]
Click to expand...
You can't read or write the language, yet you spout the same BS.

A conspiracy theorist could say you bat for another side. 😉

Bache Tehroon said:
Trump has clearly won this. I don't know why he used the word "fraud" when he's winning. I think the guy is absolutely exhausted from all the campaigning and really wanted the election to be called tonight.

4 more years of sanity. That's good. All you that were hoping for a Biden win, try to see the good in this loss and please also try to understand why Trump keeps getting votes and support. No it's not just racists and uneducated people. It's a lot more than that.

Good outcome for the world.
Click to expand...
Is this the same cognitive dissonance that Playboy has, or are they both trolling?

Pooya said:
I dont get it, so those who support Trump because he is going to get rid of IR, who wants to bet with me? Akhoonds are going to be there in 4 years. Also, I bet you anything, Trump (if elected) going to make a deal with Akhoonds.
Click to expand...
Man i kinda wish this happened so that people could realise that Trump or Biden makes NO DIFFERENCE for IR.
Likes: Pooya, Payandeh Iran and Playboy
P 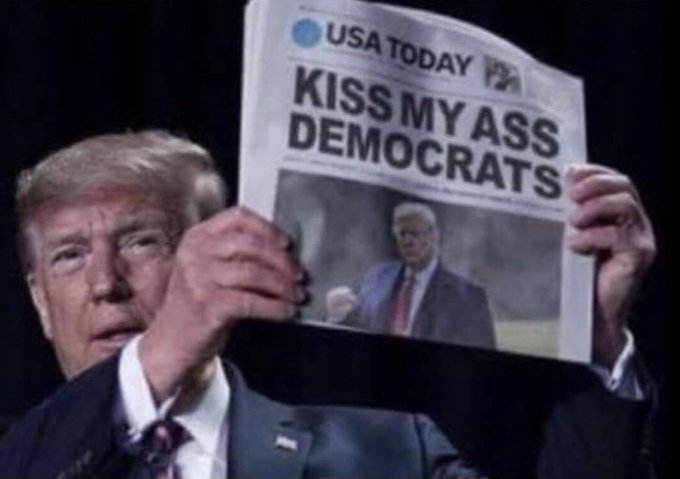 Trump khodesh Democrateh. In interviews, he was the most proud when he said he was a democrat lol, that's when he was boning 28 young girls with his friend Jeff.


The guy singlehandedly has destroyed the Republican Party, which particularly in the current climate of absolute populism and ethno-nationalism should be experiencing the same unrivalled success that the new Conservatives are in the UK, and other populist nationalists around the world (Modi, Bolsonaro, Duterte, Orban, Erdogan etc...)
P

i hope fat mike becomes the president in 2024.
that will be a much wilder ride than the 4 years under trump

"What's good news today for me is when you're a diplomat... you have to stay in your lane. I don't have that. I'm not a diplomat. I'm going to let it rip," Pompeo said in a fiery speech at CPAC, before praising the U.S. assassination of Soleimani.

"So how many of you remember Qasim Soleimani?" he asked the audience. "Allah rest his soul. He didn't cause trouble for Americans ever again."

Former President Donald Trump Sunday said that when he left office, “the endless wars that go on forever,” had been virtually ended, but the Biden administration is taking steps to erase that period of success.

The Biden administration, meanwhile, is already taking steps to reenter the international Iran nuclear deal, including unilaterally withdrawing “our crippling sanctions on Iran, foolishly giving away all of America’s leverage before negotiations had even begun,” said Trump.

However, if there had been “a fair election” matters would have been “much different,” and the United States would “have had a deal with Iran” in the first week of the new term.