So the tournement will be held in japan from may 28th to June 5th. Iran will play against 7 opponents and 4 teams qualify to Olympic. Iran has a decent chance to make history and qualify for first time as there should be one Asian team among 4 team qualified(that means even if Iran finish 5th and ahead of Australia, Japan and China they qualify to Rio).

Assuming Poland and France are favorite there is good chance we make it. 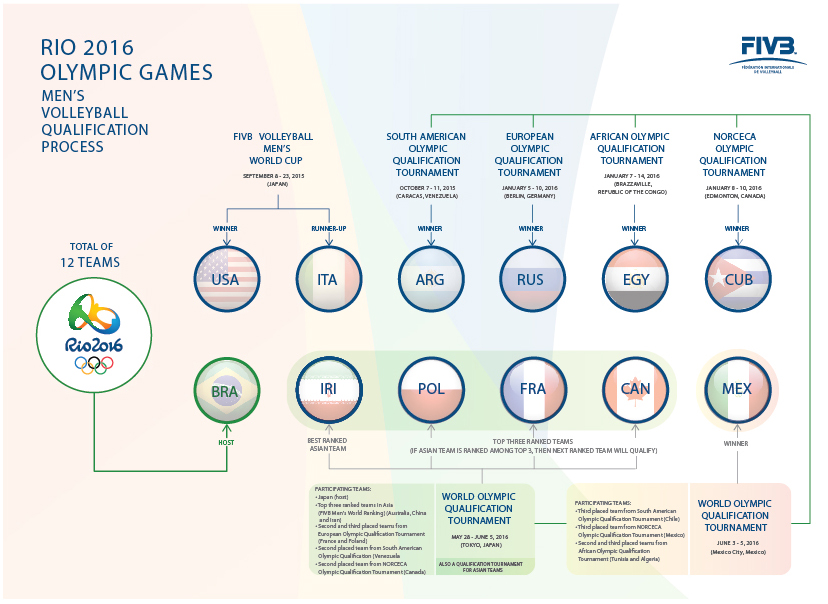 other than france and poland the rest should be a fairly
easy match up for the iranian boys.good luck to them.

Volleyball has the toughest qualification for any team sport I can think of. The number of spots are limited and the opportunities so few.

Well, as it is TM has obviously quite easy road to travel, but you never know!
The best ranked Asian team plus the top three ranked teams will qualify for the Olympics from this tournament. If an Asian team is ranked among the top three, then the next ranked team will be qualified.

Wish my best & all good luck for Team Melli!

Iran lost first friendly against France 1-3, it was apparently very tight game and Iran was leading during most part of the game. Overall very close battle. First game of Lozano as coach.

Good call Playboy, now we all know what Poland is but France is very solid as well but if four teams qualify, I have no doubt that Iran should book a flight to Rio. Good luck boys. The 4th spot is up for grabs.

Iran need a serious replacement and poost-andaazi because a lot of this generation of players are getting old.

second friendly will be tonight
http://iransportspress.com/iran-volleyball-team-beaten-by-france-in-first-friendlyvideo/

Iran beat Poland 3-1 in a friendly today, they also beat China couple day a go 3-2, only 3 days to start of qualification tournament. Lets go boys.The window is closing for our golden generation..

Boys are getting ready for qualification game sin 2 days.

They basically play a game every day (sometimes 2 in a 24 hr span).
I hope they can play consistently well and not lose themselves mentally or physically.

So by logic standing will be something like
1)France
2) Poland
then 3rd and 4th place fight between Iran, China, Australia and Canada and Japan. 5 teams fighting for two remaining spots or better to say 4 teams fighting for two spots because one Asian teams should qualify anyway so is direct fight between us, China, Aussie and Japan. Japan play at home so shouldn't underestimate them even though they are weakest team among 5 names mentioned.

Sent from my SM-G920W8 using Tapatalk

Iran are much better on serves. Look like Lozano worked on it.